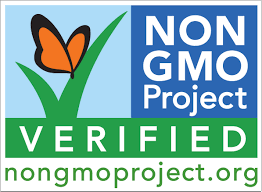 It seems like the term GMO has been around forever. But in truth, commercial GMO foods have only been around since 1996. GMOs or “genetically modified organisms,” are plants or animals that have been genetically engineered with DNA from bacteria, viruses or other plants and animals in order to produce a “beneficial” trait not possible in nature. Safety issues surrounding GMO foods has sparked widespread debate and legislation throughout the world over the last 15 years and in the U.S. a non-GMO movement has been gaining momentum recently. The debate is largely about whether GMO labeling should or should not be required.

Currently, there is no federal legislation in the U.S. regarding the use, growing or labeling of GMO food products- a contrast to Europe, and many other countries where labeling is required and few food products use genetically modified ingredients. In fact, Walmart, General Mills, Coca-Cola, Pepsi, Nestle, Unilever, Kellogg’s, Starbucks and McDonald’s are GMO-free in Europe because of these laws.

The U.S. grows more than half of all GMO crops in the world and although initially grown for animal feed, GMO foods have been increasingly incorporated into our food system since their inception.  In the U.S. commercially produced GMO crops include soybeans, corn, cotton, canola, squash, sugar beets and papaya. Soy and corn are common ingredients in many processed foods and difficult to avoid.

Recent proposed federal legislation would require GMO labeling. Senators Barbara Boxer, D-CA and Peter DeFazio, D-OR have introduced a bill to congress that would require labeling of GMO ingredients used in any food. “This legislation is supported by a broad coalition of consumer groups, businesses, farmers, fishermen and parents who all agree that consumers deserve more – not less – information about the food they buy,” Boxer said.

In the past, labeling efforts have occurred on a state level in California, Alaska and others with varying success, but this is the first of its kind to be introduced into the Senate since 2000. Already in 2013, twenty-four states, including Colorado have proposed legislation that would require GMO labeling or restrictions on GMO foods.

Manufacturers of GMOs claim genetically engineered products are safe and well accepted, but the resistance to labeling may suggest otherwise. This current proposed federal legislation is unlikely to pass, due largely to formidable opponents- biotech giants, known as the “big six”- BASF, Bayer CropScience, Dow AgroSciences, DuPont, Monsanto and Syngenta as well as many other food companies. The most recent GMO labeling effort in California was rejected by voters after opponents spent more than $45 million to stop it.

Although a seemingly uphill battle it is clear this issue is not going away any time soon and local and federal GMO legislation attempts will continue. Recently, some large food companies have come out in support of GMO labeling efforts or have at least announced that they would no longer oppose them. This is good news for supporters of GMO labeling and a sign that these grassroots efforts may be gaining some momentum.

For a full list of current legislation regarding GMO labeling or bans/ restrictions on growth please visit the Center for Food Safety website.

“We consider On The Menu our primary resource for nutritional analysis and menu labeling information. They have provided Bob Evans Farms, LLC with nutritional information that is both calculated and set up according to our individual menu needs.”

"Fast, friendly and efficient. On the Menu has consistently delivered on time-sensitive projects and has become an instrumental partner for developing new creations."

"On The Menu has provided The Blue Bonnet Restaurant with valuable information in compiling our extensive gluten-free menu and staff training both in our kitchen and to our servers. Rebekah and Julie have a thorough understanding of dietary needs and are very detailed. Each communicated professionally with our suppliers and manufacturers in order to establish items as gluten-free."

"Rebekah and Julie are incredible to work with. Thanks to their recommendations we have found an increased appreciation and loyalty from our customers, new customers and a substantial increase in our bottom line."

More Posts from this Category

Ready When You Are

Where Food, Nutrition, and Business Intersect

From analysis to labeling, restaurants and food manufacturers nationwide trust On The Menu to deliver accurate, scientifically-based results that adhere to FDA and food product regulations. Since 2004, On The Menu has distinguished itself with its personalized service, fast turnaround, and state-of-the-art approach that includes comprehensive nutrition analysis and allergen and gluten tracking services. On The Menu is ready to help you and your staff meet your customers’ needs.